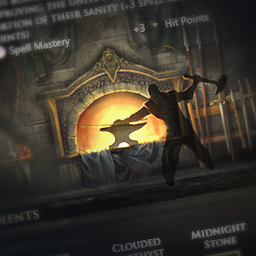 Strength Mod- Strength mod is a percentage modifier to the amount of the unit's strength bonus that is applied to Attack. A weapon with a Strength mod of 50 does +50% damage from strength. For example a unit that gets +4 Attack from strength that is using a Battle Axe (+50% Strength Mod) would get +6 Attack from strength instead. Likewise, a weapon like a Short Bow that does -100% strength mod would have the same Attack regardless of the strength of the unit that uses it. Normally Strength Mod bonuses come from two-handed weapons. Units wielding two-handed weapons don't get the benefit of a shield, but the additional Attack can make them very dangerous, especially for units with high strength. Armor Piercing- Armor Piercing is the amount of the victims Defense that the weapon ignores. If you are attacking an opponent with a Defense of 18 with a spear, which has 66% Armor Piercing, that opponent only gets to use 6 Defense against that attack. Armor Piercing weapons generally have a lower Attack, but their ability to negate Defense makes them very effective against heavily armored opponents. Special Abilities- Some weapons adjust the wielders attack in special ways including the following examples. Backswing- Battle Axes have backswing. If a unit misses on their first attack they get an immediate second attempt to hit their target. Maul- Maul is an ability that some magical weapons grant and some creatures (like Bears) have. Units with it keep attacking until they miss, with each attack receiving a cumulative -3 to Accuracy. So a unit with Maul may hit any number of times, as long as they keep hitting their opponent. Bash- Bash is granted by some magical weapons and some creatures have it naturally such as Ogres. Any opponent hit by a unit with bash has a percentage chance equal to the damage done of being knocked Prone. Overpower- Overpower is granted by powerful magical weapons and powerful creatures such as dragons. It multiplies the character's attack by the amount of opponents in the defending group, so attacking a single champion does normal Attack damage. For example, attacking a group of three wolves does triple the units Attack damage and attacking a group of nine spearmen does nine times the units Attack in damage.