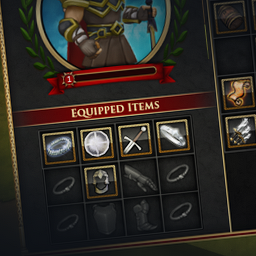 Strength- Strength modifies the damage you do when attacking with weapons. Some weapons, such as mauls, double the bonus the unit gets from his strength. While others, like bows, don't let the unit use their strength bonus at all. Strength also impacts the unit's weight capacity. The stronger the unit the heavier the weapons and armor they can use. When designing units you may want to select traits that improve the unit's strength if you want to outfit or upgrade them to heavy armor. Dexterity- The higher a unit's Dexterity the higher their Dodge. For champions it also affects their Critical Chance. Intelligence- Intelligence acts as a percentage modifier to the amount of experience points the unit gains. The higher the intelligence, the faster the units earns experience points and the faster they gain levels. Intelligence also determines the units Spell Resist (the unit's ability to ignore or reduce the impact of spells cast against them). Lastly Intelligence determines the units Spell Mastery, which is a penalty all opponents get to spells this unit casts. The higher your units Intelligence, the less likely others are to resist your spells. Constitution- Constitution determines a unit's hit points, both in starting out and in the amount of hit points they gain as they level. Moves- This is the amount of tiles a unit can travel in one Season on the strategic map, or in one action in Tactical combat. Sight- Sight is the range of tiles that are unveiled as the unit moves around on the strategic map. The higher a units Sight, the more of the world is revealed as they explore it.